Scenic Highway 30A in the South Walton area of the Florida Panhandle has become more than just a dogleg route off of U.S. 98 connecting small beach communities; 30A is now a lifestyle as well as a study in contrasts. It’s casual but upscale, luxurious but low-rise, commercially developed yet surrounded by untouched natural beauty beyond the beach.

Roughly 40% of South Walton — the coastal region of Walton County between Choctawhatchee Bay and the Gulf of Mexico — is protected from development in the form of state parks, forests, coastal dune lakes and nature preserves. The 26 miles of coastline between Destin to the west and Panama City Beach to the east is home to 16 beach communities and almost as many ecosystems, ranging from secondary dunes and old-growth forest to sand hills and cypress swamps.

The desirability of South Walton as a vacation destination and residential area began to take off after the completion of county highway 30A in the 1970s and the opening of Seaside in 1981. My family has been renting the same beach house on 30A since the ‘70s, so I’ve watched it transform year over year from a sleepy beach road into the zeitgeist of the New Urbanism movement inspired by the Seaside model of a responsibly developed, easily walkable master-planned community centered around a town square. 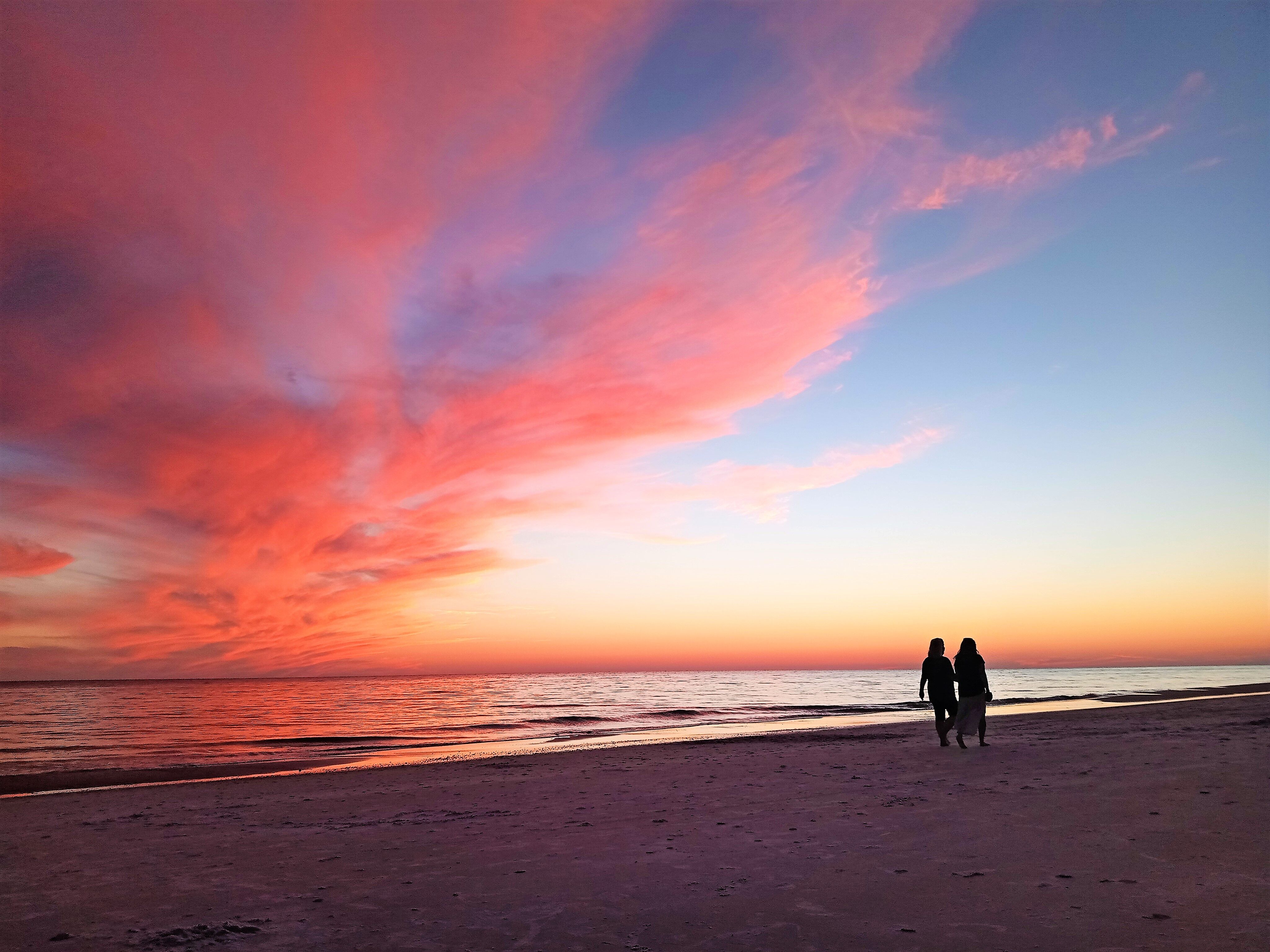 Sunset on the beach in South Walton. Photo credit: me

I remember seeing Seaside as a kid when it was only a tiny post office and wooden stakes in the ground. A decade and a half later, it was the location for filming the 1998 box office hit “The Truman Show.” After the success of that movie, things seemed to grow exponentially along 30A with similar New Urbanist townscapes popping up, such as Rosemary Beach, Alys Beach and Watercolor to complement the old-school neighborhoods of Grayton Beach, Seagrove and Blue Mountain.

There’s an old map hanging on a bedroom wall in the beach house my family rents that shows those latter three communities before 30A existed. On the map, they are all at the end of spur roads off of U.S. 98, quiet dead-end beach oases between Destin and Panama City Beach. Early on, my family feared that the 30A we knew would become like those overdeveloped coastal hotspots with buildings so big they form their own weather patterns — a phenomenon known as “condo fog.”

Yes, 30A and South Walton became more developed and heavily trafficked over the ensuing years, but with 25,000 acres of preserved land, the natural treasures remain. And though accommodations now go for hundreds of dollars a night and thousands of dollars a week, affordable options still exist at two of South Walton’s four state parks — Grayton Beach and Topsail Hill Preserve — and at such old Florida gems as Hibiscus Coffee and Guesthouse in Grayton Beach, all convenient bases of operations for nature-based getaways. Budget-friendly eateries like Cowgirl Kitchen, Bud and Alley’s Taco Bar and multiple pizza joints make dining out easy on the wallet, too.

In 2021, U.S. 30A was designated a National Scenic Byway. The Timpoochee Trail runs alongside the byway for nearly its entire length. This paved, 19-mile multi-use trail is a good introduction to the area’s scenery and New Urbanism architecture. It’s an easy-to-pedal pathway skirting dune lakes, state parks and Point Washington State Forest. The state forest contains 27 miles of trails, including the popular loop trails of the Eastern Lake trail system for biking and hiking. 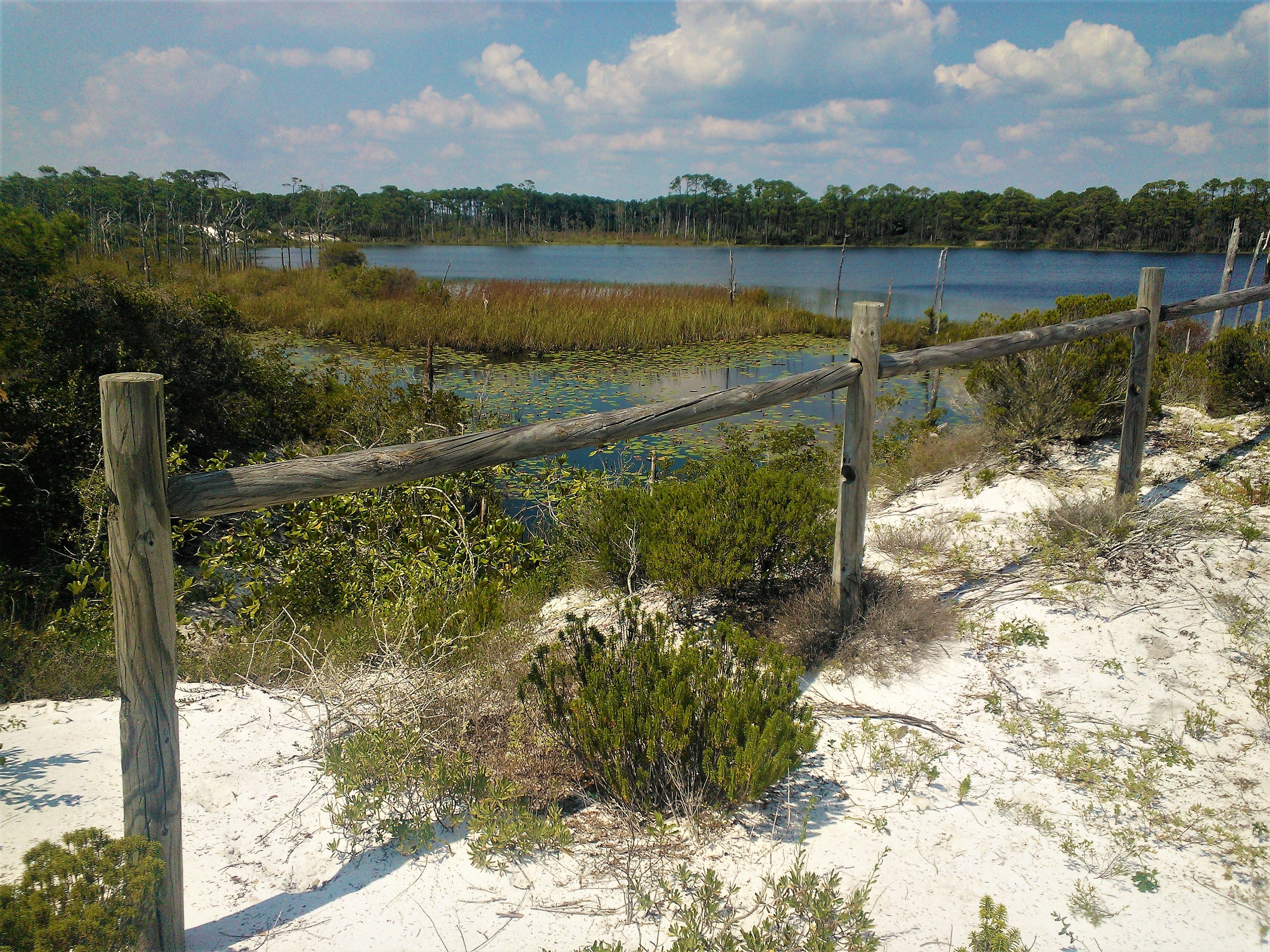 Eastern Lake is one of the 15 coastal dune lakes that help make South Walton a naturally unique destination. Coastal dune lakes exist in only a handful of locations around the world. They are notable for the way they intermittently open and close themselves off to the ocean by cutting channels — called outfalls — through the beach. As a child, I thought the outfalls, with their brown water that looked like iced tea, were polluted. Later I learned that what makes the water brown is the same thing that makes iced tea brown, tannins from plant life.

Eastern Lake in Seagrove Beach is a good spot to take in the contrasting elements of the environment on 30A. Gliding from the southern end of the lake, surrounded by blinding white quartz sand dotted with multimillion-dollar homes tucked behind the dunes, to the undeveloped northern section amid the towering pines of Point Washington State Forest is like visiting two worlds in under half an hour. Nearby Western Lake offers a similar experience in reverse, from the Watercolor development on the northeastern end of the lake to the pristine one-mile stretch of coast at Grayton Beach State Park.

Western Lake is a popular gathering place to watch the sunset from 30A on the Timpoochee Trail. People congregate on the trail to take pictures and sketch or paint the idyllic view of the multi-hued colors of the sky reflected in the waters of the lake. 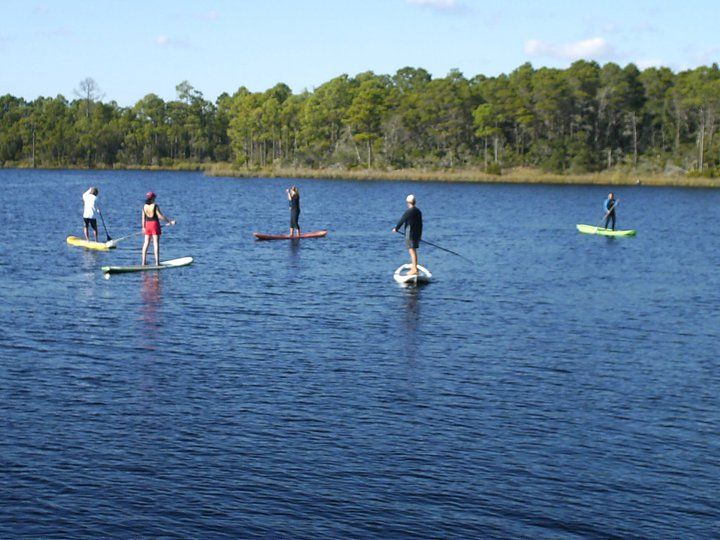 For coastal solitude, head to Topsail Hill Preserve State Park with its 3.2 miles of undeveloped beach, the highest dunes in the region, two large dune lakes and old-growth Longleaf pine forest. The dune lakes in Topsail are off-limits to paddling, but a rental shop is available inside the park for excursions in the Gulf. Hiking trails and a bike path allow for up-close views of the lakes.

On my last visit during peak season, I didn’t encounter another human on the 2.5-mile Morris Lake trail in the western portion of the park, and just the occasional long-haul beachcomber or fitness runner on the beach. It takes some legwork to reach this part of the park, but the payoff is worth it for those who want to see what the coast of northwest Florida looked like before vacation beach mansions and condo high-rises became the norm. 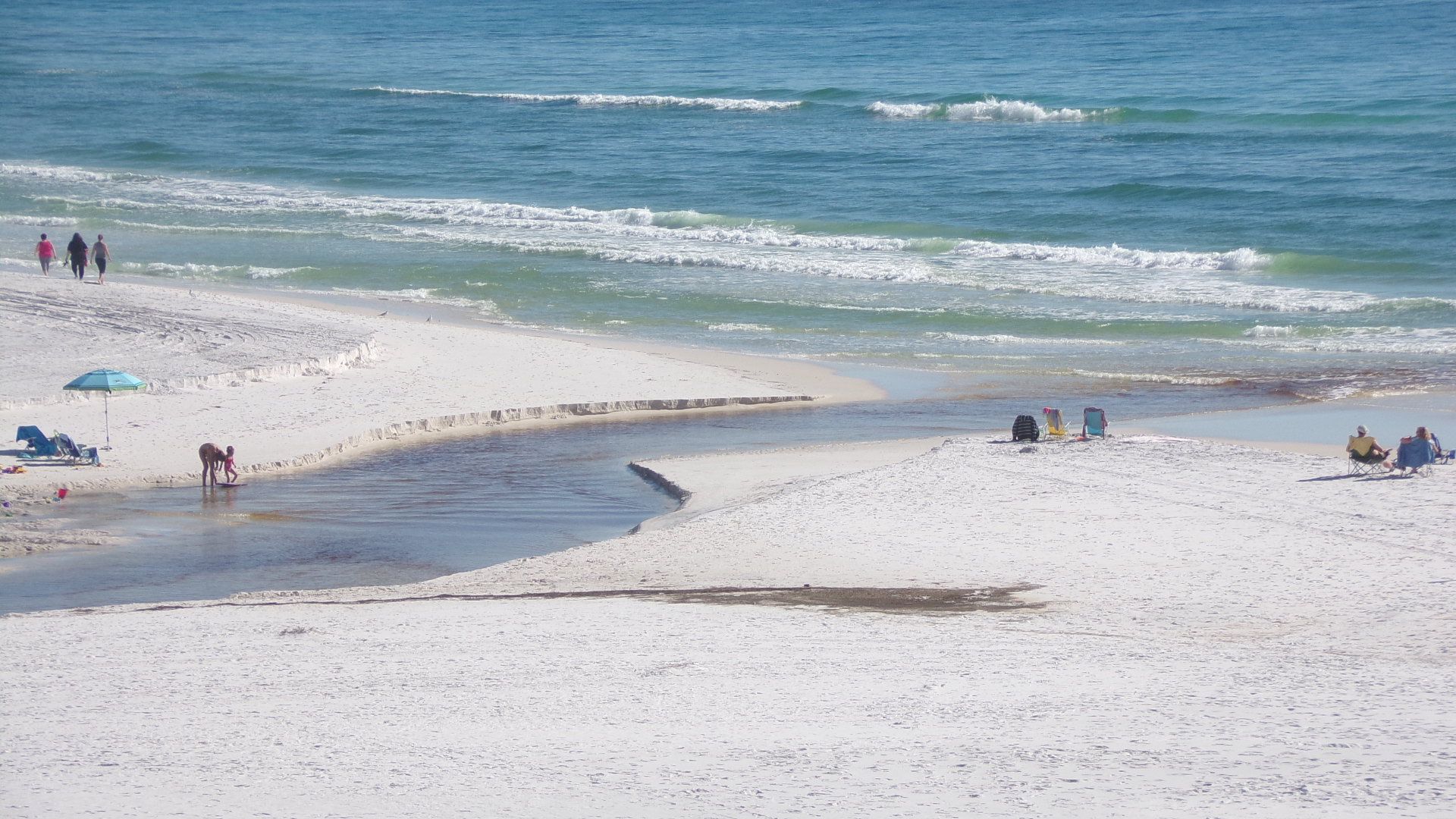 Eastern Lake outfall through the beach. Photo credit: me

South Walton, Florida, is approximately a five-hour drive southwest of Atlanta via I-85 and U.S. 331.

The Timpoochee Trail. The 19-mile hike and bike trail that runs alongside Scenic Highway 30A starts near Topsail Hill Preserve State Park and ends at Rosemary Beach. Near mile marker 9 is where people watch the sunset over Western Lake. There is no parking here so you must walk or bike to this spot.

Eastern Lake. Walk-up access point is at 491 Eastern Lake Road. There are no facilities and only a handful of public parking spaces. The staircase leads directly to the outfall portion of Eastern Lake.

The Rental Shop 30A. Kayaks and paddleboards delivered to you. Beach concierge services also available. $65 a day and up. 850-260-0001, www.therentalshop30a.com.

This article originally appeared in the Atlanta Journal-Constitution.